HomeFashionLifestyleFood & WellnessBeautyContact
Lifestyle
Is CBD Legal in Michigan?: Legality, Usage & Where To Buy From
Life and Style Daily
June 30, 2021
5 min

CBD is steadily gaining more popularity in the United States these days. Its appeal is primarily due to the numerous therapeutic and medical properties that have been attributed to it. Laws that describe the use of such products vary among the states. But is CBD legal in Michigan?

Read on to know the basics of CBD and whether this is something you can consume anytime and anywhere in this state. 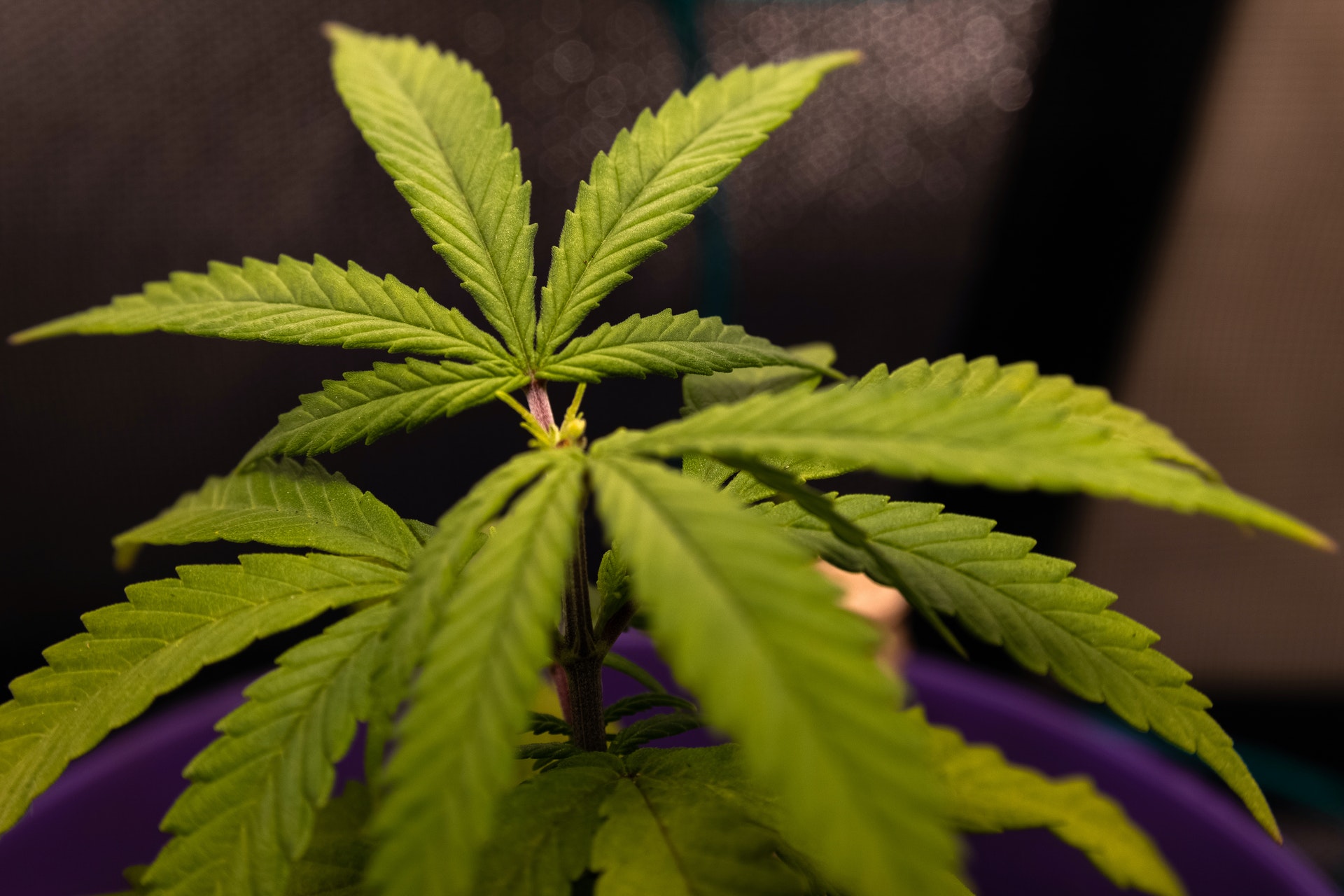 CBD is produced from hemp and has a THC content of less than 0.3 percent, whereas medicinal marijuana has a higher THC content. CBD may be bought even if you don’t have a medical marijuana card.

Certain research has discovered that hemp CBD contains anti-anxiety, anti-inflammatory, anti-epilepsy, and analgesic properties. It’s now even being utilized for pets. CBD products, on the other hand, are not medications.

The chemical has shown promise in treating many illnesses, including epilepsy and other seizure disorders, Alzheimer’s disease, mood disorders such as sorrow, anxiety, psychosis, pain, cancer, and many more. CBD’s potential effectiveness in different medicinal applications is being supported by a growing body of data.

CBD can also be found in a variety of forms. Purchase and possession of a product are lawful in the United States if the THC content is within the FDA-approved range. The many kinds are as follows:

Hemp has a higher CBD content than marijuana. CBD does not make you high, whereas THC does. THC is the chemical that causes an elated feeling in people upon consumption.

What is the CBD law in Michigan? 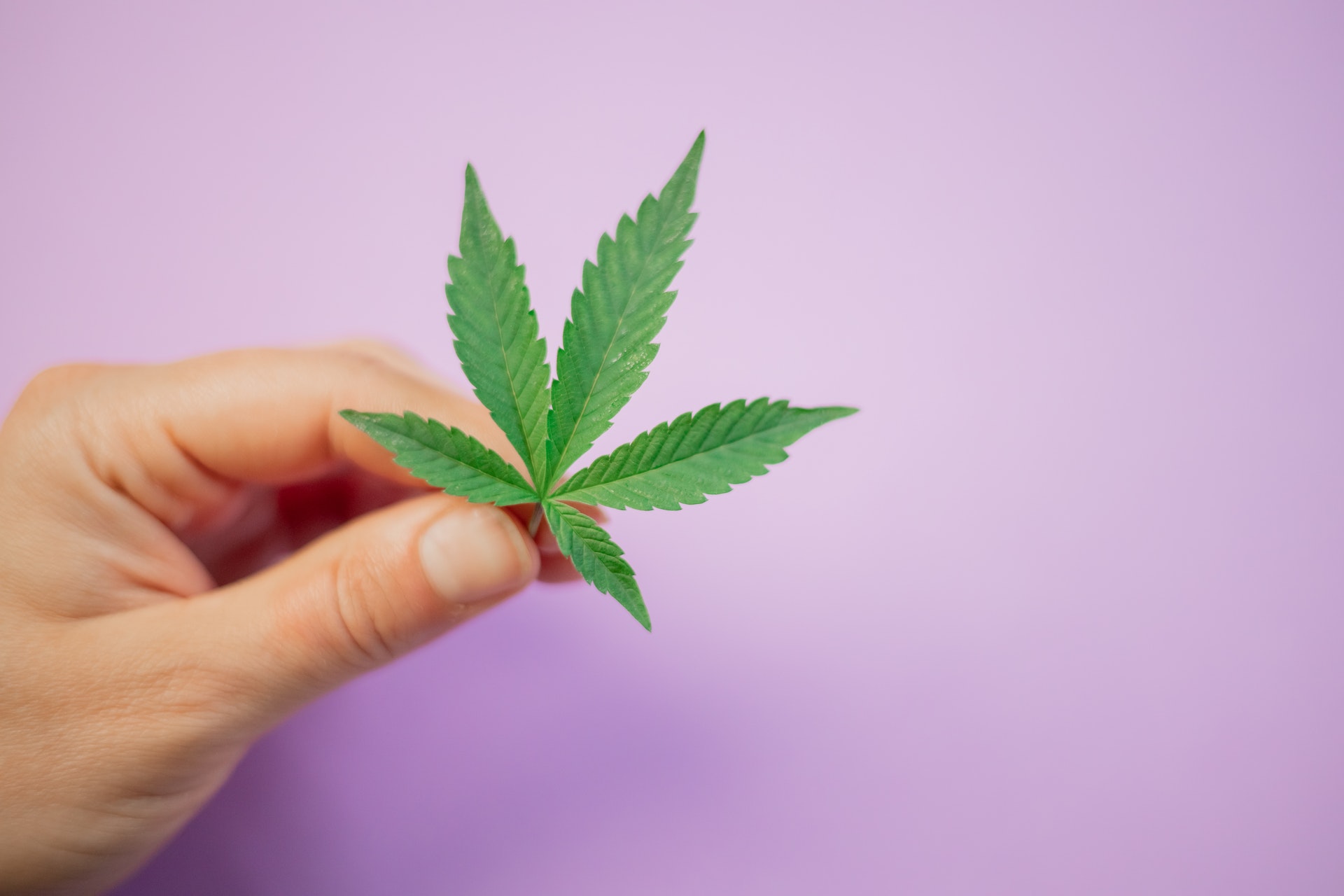 Under Michigan House Bill 5440 and the Michigan Regulation and Taxation of Marihuana Act, the manufacturing of hemp-derived and cannabis-derived cannabidiol (CBD) products is permitted.

This bill altered the legal definition of marijuana. It clarified the difference, and in turn, removed industrial hemp developed and manufactured for research from the term.

Industrial hemp was removed from the state’s list of prohibited drugs as a result of the revised definition. In March of 2014, then-Michigan Rep. Peter Pettalia presented the measure.

Hemp growers can obtain money for hemp-related research and development initiatives under the Michigan Industrial Hemp Research and Development Act.

The rule made it lawful to grow industrial hemp for research and development reasons. Residents of Michigan who are involved in cultivating, processing, or handling industrial hemp must register and get a license under the law.

According to the legislation, hemp is defined as a Cannabis sativa plant having a delta-9-tetrahydrocannabinol content of less than 0.30 percent on a dry weight basis. The term “hemp-derived goods and products” is included in the definition.

This Michigan law made it lawful to use marijuana for medicinal purposes to alleviate severe illnesses. Patients may use marijuana to treat any diseases listed below under the Michigan Medical Marihuana Act of 2008.

The Michigan Regulation and Taxation of Marihuana Act

The Michigan Regulation and Taxation of Marihuana Act, introduced in 2018, signified the state’s legalization of recreational marijuana usage.

Michigan citizens over the age of 21 were allowed to possess, use, supply, or process up to 2.5 ounces of marijuana under the new law. The bill also made it lawful to grow up to 12 marijuana plants at a time.

The Michigan Department of Agriculture and Rural Development (MDARD) announced in 2019 the launch of the first Industrial Hemp Ag-Pilot Program. With this, residents of Michigan were allowed to avail of a license to produce and process hemp for research and testing under the program.

Up until November 2020, MDARD still envisions a 2020 Hemp Ag-Pilot Program continuation. Technicalities regarding the said program include the following:

Only licensed producers are permitted to collect industrial hemp samples for testing, according to the MDARD. The information below is taken from the website of the state’s Department of Agriculture and Rural Development.

Growers are only allowed to sample plants that have blooms. If flowers aren’t available, sampling will have to be rescheduled until when flowering plants are accessible.

The week after the samples were submitted, the lab may deliver the test results by email. Growers must harvest their crops within 15 days of obtaining the test results, according to the agency.

What is the CBD Possession Limit in Michigan? 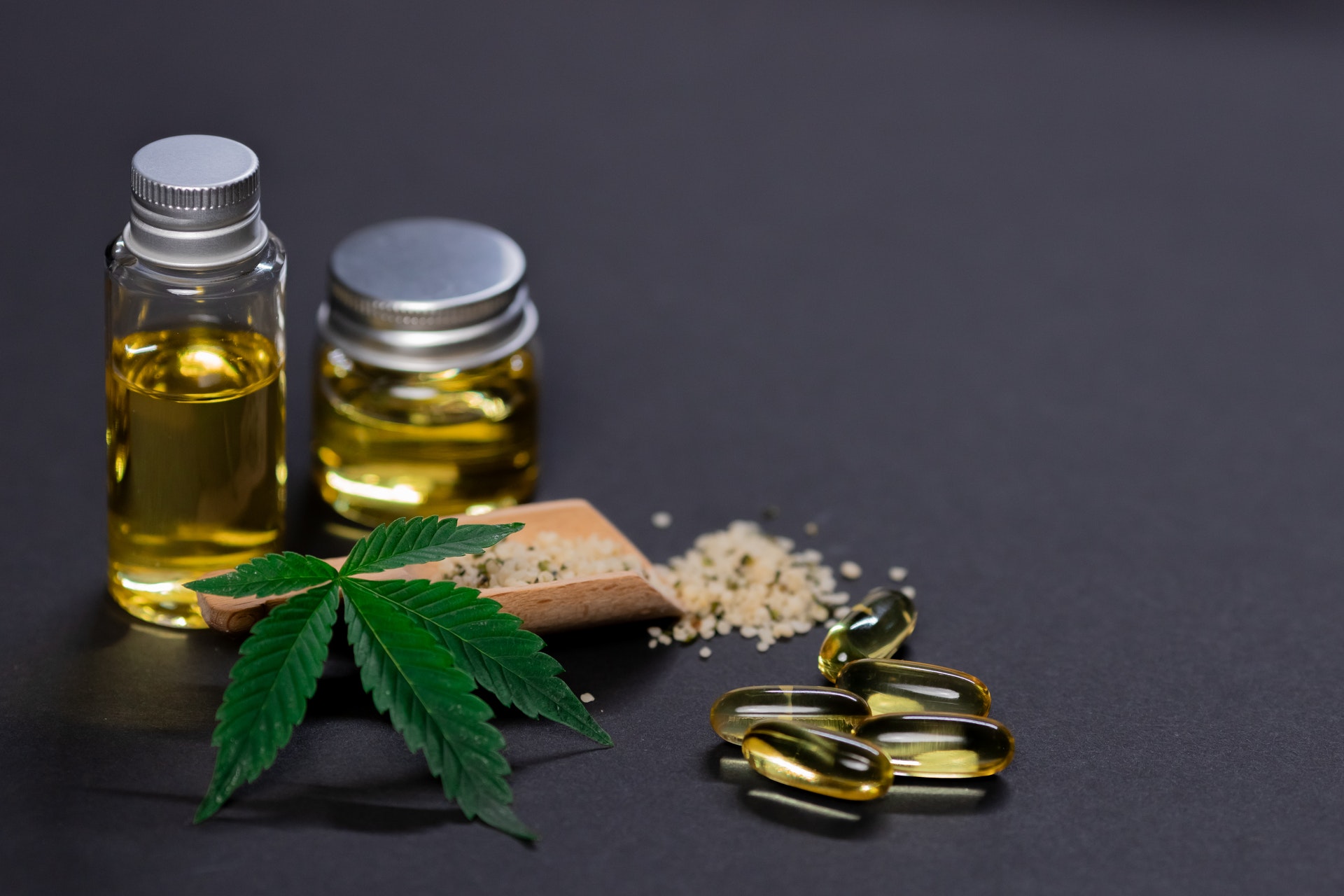 Marijuana farmers in Michigan must be licensed to commercially produce, sell, and manufacture marijuana and marijuana products, according to the Bureau of Marijuana Regulation (BMR).

According to consumer surveys from the Better Business Bureau (BBB), as of November 2020, all certified CBD businesses in the state had received no customer complaints.

Michigan Regulation and Taxation of Marihuana Act, on the other hand, mentioned that marijuana could even be utilized beyond medical purposes.

Where To Buy Best CBD Products In Michigan? 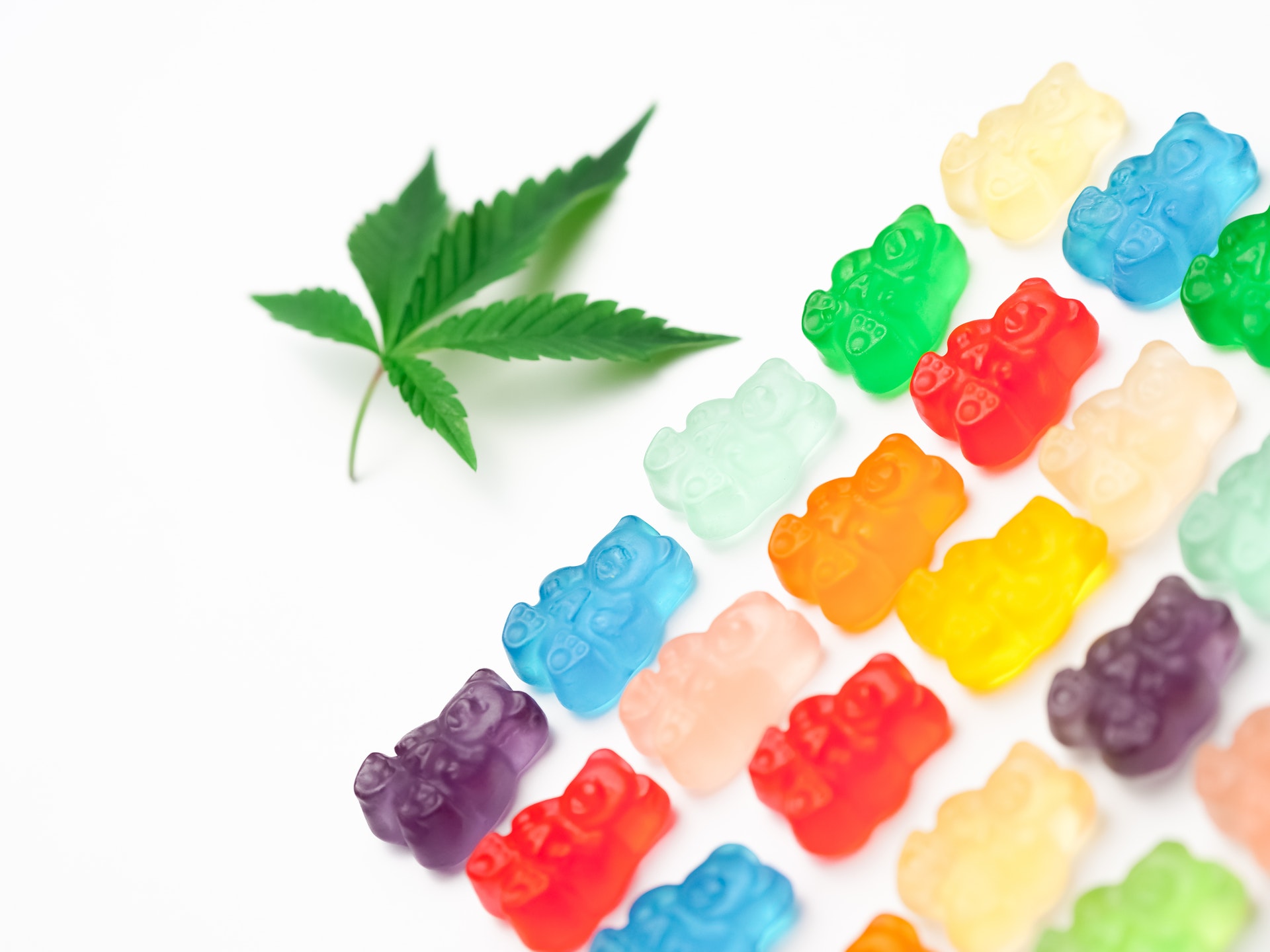 So CBD’s legal in Michigan, but where could you buy some?

Well, before you go out and get one, it’s a good idea to conduct some research beforehand. Customers should research the firm before purchasing CBD products. A responsible brand posts thorough lab test results for its items on its website. The safest bet would be online.

Third-party lab findings or a certificate of analysis validate the potency of CBD products (COA). These test findings, which typically include cannabinoid and terpene profiles, allow consumers to examine and compare the actual quantity of CBD present with what was reported on the label.

Reputable CBD producers give thorough information about their goods, allowing clients to choose the CBD product they want to try. A firm that offers CBD-infused topicals, for example, may recommend a salve to athletes or physically active people to help them recover from their workout. There is an active CBD oil salve for that as well.

CBD Products, after all, include a wide variety of options. This includes CBD-infused oil, gummies, vape juice, drips, and even cigarette joints.

The most common and widely used, however, would be CBD oil. And if by the chance that you prefer to buy them from physical stores, make sure that you check all the details of the product first. Consumers should look for the following information on the labels of their products:

The best places to buy products like CBD should only be with trusted and verified shops. Purchasing such is becoming much easier these days anyway, also brought with the convenience of online shopping. Online browsing and purchase of items of interest is not only easy but is also regarded as the safest choice, especially in light of the current epidemic.